The village of Kandale lies about 700 kilometers southeast of Kinshasa, the capital of the Democratic Republic of the Congo.  I traveled there in October of 2018 under the auspices of a foundation called REVE Kandale, a group dedicated to improving the life of residents of Kandale through two main initiatives: promoting environmental awareness through tree planting, and building schools and upgrading school infrastructure.

Our caravan of four SUVs and pick-up trucks departed Kinshasa at mid-morning loaded with supplies ranging from sewing machines to solar panels.  After an arduous two-day journey along roads that began as paved but changed to dirt and sand, we arrived at Kandale.  A restful night provided energy to begin the project I traveled to the Congo to undertake: installing solar power and lighting at a maternity clinic and at a newly built educational center in a village that lacked electricity altogether.

With help from a neighbor who’d traveled from the U.S. to assist me, we began at the maternity center.  One of the reasons I decided to go to the Congo was because I’d heard that a woman undergoing a Caesarian-section at the maternity clinic in Kandale had died after a candle used for lighting one night had fallen into her open abdomen and led to sepsis.

Shortly after beginning our work at the maternity center, I was summoned by the village’s sole physician who’d hurried from the hospital next door to ask for my help.  A sixteen-year-old girl who’d just arrived from neighboring Angola had come to the hospital seeking care for a broken arm that had become infected and swollen, and because the doctor feared the infection would spread, he planned to amputate the girl’s arm that afternoon.

I hurried to the hospital to evaluate the girl.  Although my career as a physician had been spent working as an infectious disease epidemiologist, my clinical training returned as if by instinct.  Although pus oozed from several wounds on the girl’s swollen, deformed, and weakened forearm, I advised the young doctor to refrain from amputating the arm because the girl showed no signs of an extending infection.  At the least, I argued, she deserved weeks of antibiotic treatment, wound care, and a sling to keep her arm above her head for hours each day so the swelling would decrease.  Ideally, corrective surgery could be done after that to align the fractured bones, but I feared she lacked the resources required to travel to a larger hospital where such surgery could be done.

After evaluating the girl, I saw other patients in the four-room hospital where severely ill figures lay on cement or dirt floors — a child with cerebral malaria, two women with epilepsy, a man with a bleeding ulcer, and a woman profoundly dehydrated from an intestinal infection.  Later, after returning to the maternity center to resume my solar work, I found myself gazing across the field toward the hospital where I could see through an open window the doctor operating on a man who’d presented with intestinal obstruction.  The next day, I heard the man had died just hours after the operation.

In 2013 while undertaking my first international solar installation at a hospital in remote Bangladesh, I accompanied the physician on rounds of patients who also lay on dirt floors.  Having completed subsequent installations in Zambia, Tanzania, and Uganda in the years that followed, my experiences in the Congo underscored a recurring theme — that where there is suffering from poverty, solar offers hope.  Not cure, not reversal of impoverishment, not immediate resolution of life’s challenges — but glimmers of what might be, what can be if we harness the power of the sun to brighten individual lives. 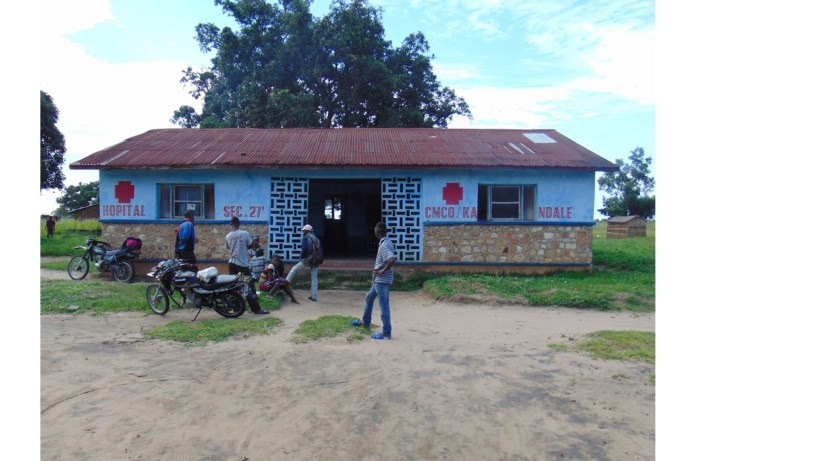